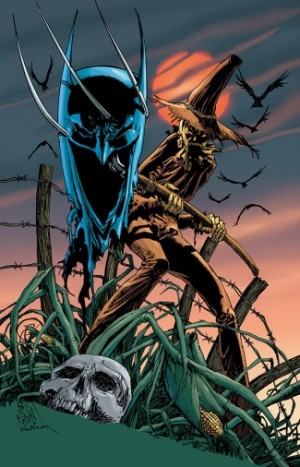 I am completely comfortable with not being popular among the fraternity of gurus, as my motives are not fueled by greed or glory. Paul Graham shared in his essays that the FBI decades ago had to change their investigation strategy with computer hackers, since a hacker’s motives were not the typical drugs, money, sex, revenge. Curiosity was not on the list. I represent the irritating grain of sand that swims into the belly of a clam, after time and annoyance I do bring a peal of wisdom to the table as big rocks don’t move much over time. I am under the opinion that Mike Boyle is Sisyphus, put in hell to change is mind over and over instead of coming with a set of principals of training. While we are free to change our minds, we need to be careful about absolute beliefs and look at the antithesis.

Amused I am with the proclamation of Straw Man arguments, as those that are quick to accuse others of the fallacy seem to be creating straw man arguments about straw man arguments! When you can’t follow the flow of reasoning or fail to defend arguments many debates are tossed in the straw man ploy in order to redirect their impending doom. The current issue we see is information in the strength and conditioning industry is the early release of advancements of training that usually come back to a retraction of beliefs later. The most frustrating part of this problem is those following are always the victims of the gurus learning curve. Ironically, those not trying to stay up to date are often ahead of those attending these infomercial like conferences as the classical principals never become extinct. The prime example is the inclusion of the trap bar deadlift to his program. Years ago Mike before was powerlifting and felt that the movement and respective training injured his back. This lead to the removing of deads from his program. Now he is including deadlifts to his program. Evolution, advancement, or again change that leaves us at the same point? Just like a dog chasing it’s tail and not going anywhere, his flip flop thinking leaves the coach dizzy with following the circles of rationale.

Lately this issue of how to train the body, specifically the spine, is still being argued among various experts or icons in the human performance industry. In this case, Mike Robertson seems to be fed up with guys like me and vents in a post his anger with the debates and shares his belief of what to do with the lumbar spine. He writes:

One thing that’s starting to become annoying are the pundits who feel the need to go against the grain, just for the sake of doing so. To be totally frank, if you want to call out a respected expert in the field of biomechanics, you better bring your A+ game to the table. (Please note I am not espousing myself as one, but others who are performing research and writing textbooks themselves.) Now don’t get me wrong here, I’m all for critical thinking – I firmly believe you should not only read textbooks by the experts, but the original studies they cite as well. This is going to take your knowledge and understanding to the next level. Finally, think about how it all comes together – who are they testing? What are the methods? What are the biases of the researchers? Take everything into account. One topic that is always hotly debated is the idea of spinal rotation, specifically at the lumbar spine. Stuart McGill, Shirley Sahrmann and others have discussed this at length. To summarize, they state how little rotary capacity the lumbar spine has, especially when compared to the thoracic spine.In an effort to strawman the argument, many will state that if there wasn’t supposed to be movement at the lumbar spine it wouldn’t be a joint at all! While I see where they’re going with the argument, no one said that there shouldn’t be ANY rotation at the lumbar spine. However, when you contrast the rotary capacity at the lumbar spine (which typically allows for ~2 degrees of rotation per segment), it pales in comparison to that of the thoracic spine (which allows for 7-9 degrees of rotation at the uppermost segments). In essence, all they’re saying is that most people already have maxed out their rotary capacity at the lumbar spine and instead should focus their rotary training on the thoracic spine instead.To take it a step further, I recently finished reading Bogduk’s Clinical Anatomy of the Lumbar Spine. I don’t have the exact page in front of me, but Bogduk states that with as little as 3 degrees of rotation at the lumbar spine, you start to see microfailure of the lumbar disc!Look, everyone is free to believe what they want and to train their clients/athletes in any manner they deem suitable. The bottom line is results – if you get them, then stick with what you’re doing. I’ve seen nothing but positive results since I’ve focused more of my training (and that of my clients) on getting rotary capacity at the thoracic spine and hips, while stabilizing the lumbar spine.So until someone proves to me that this thinking is inherently flawed, this is one of those big rocks I’ll be keeping in my jar.

I have read the same text along with Nikolai’s contributions in The Biomechanics of Back Pain as well as the key references. With the lumbar spine having normals values (healthy subjects) in flexion, extension, lateral bending, and axial rotation- what are we responsible with training? Should we compare two degrees with the lumbar area with 7-9 degrees with the thoracic spine? Why does the lumbar spine have ~2 degrees of rotation per segment? If it’s only two degrees, is that two degrees valuable? If it is why? What happens when we loose it? When one looses range of motion anywhere at any degree that is a problem to me period and I will post more on this later. I will get into some of the conference presentations I have attended and share what I have observed with Z-health and similar systems of mobility as well as the lumbar motion in primary sport movements.
Discuss entry