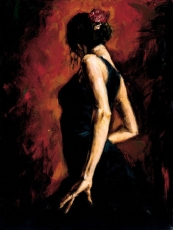 Imagine that you are at a concert in Sevilla, after a stunning ï¬‚amenco performance, clapping at a fast uniform pace, much like a heart beat while jogging. Even better, try it out right now, but stop after you reach twelve claps. Then do it again but this time execute the ï¬rst, third, ï¬fth, eighth, and eleventh claps loudly, and the remaining seven claps softly. Your clapping pattern could then be represented like this: [1 2 3 4 5 6 7 8 9 10 11 12], where the claps shown in bold face are the ones you clap loudly. It may also be helpful to count aloud the twelve claps in groups as follows: [1 2 1 2 1 2 3 1 2 3 1 2] and to clap loudly only on the one’s. If you repeat this pattern over and over, you will be clapping the rhythm of the seguiriya from Andalucia in Southern Spain.

Developing speed with hurdling is a unique rhythm you can’t improve by just doing out to the track and adding some sprints at the end of a workout.Hurdling speed is an enigma many coaches have so many philosophies on what to work with in regards to improving the flat speed between the barriers. After reviewing two of my athletes it seems that sprinting speed has some basic needs in order to transfer properly. The proper dose of speed and what one prescribes in training is what I have been pondering as of late. CFKA made a shrewd comment about the way the athlete was running between the hurdles was strong instead of elastic. The question is would he have said that the flat sprinting (namely 10m or 20m fly sprints) looked a bit flat vs elastic and quick? Honestly I think he is bouncy and we are working on increasing the alternating burst of relaxation and contraction with grass runs that are sharp and not sloggy. We did some pure turnover work by using hurdle running technique in regards to arm carriage and an emphasis on front side mechanics. Will that transfer? What about the rhythm? Like the flamenco analysis you can’t just clap (I have been guilty of this many times) in hopes the speed will infuse into rhythm. You have to coach it like Jimmy Hendrix with a burning guitar in hopes something rises.

Delayed Transmutation is a term that drives me nuts as some coaches who think that jacking up the squats will act as some Speed Grenade, where in time the athlete will suddenly sprint faster after a certain amount of time. My goal is to have the general qualities be placed properly to transfer earlier while improving the athlete long term. Not easy and I am not saying I cracked the code during a spiritual retreat to New Mexico. Here are some elements I see that are a bit of a phenomenon:

The speed work must be blended in to the program so that the hurdler can grow with the speed work. Too much flat speed may not transfer fully if the discrepancy is too far from the development of the hurdling ability. How this is done is based on real word needs such as coaching exposure, training group size, weather and facilities, and injury history.
Discuss entry