You are at:Home»Mike Young's Blog»Some Interesting Insights from a Former Doper 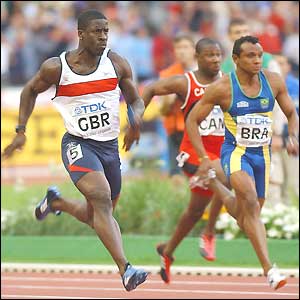 When I came back from my suspension in 2006 I went to train in Jamaica and I never got tested once and I was there for six months. You would think that someone coming off a drug ban would be routinely tested but I wasn’t tested once. You need to test athletes in October, November and December because that is when everyone is loading up with drugs. The benefits can last up to six months.

WOW. I knew testing was bad on the island but that really makes it sound like a complete joke. If you’re not testing someone who had such a public admission of guilt then what the heck are you doing? Is it still like this? I don’t know. Hopefully not.

I can only stress that Usain is unique. I had the opportunity to train with him in 2006 and he was absolutely thrashing me, so I always knew he was going to run fast. I don’t know what Usain is doing and I wouldn’t want to believe that he isn’t for real because that would absolutely destroy the sport all over again. The sport would be over if someone as big as Usain Bolt got busted for drugs because he got three world records in the space of a week.