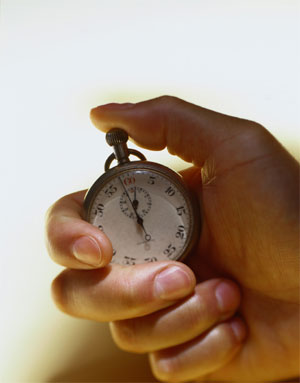 I understand times, but I think it is more basic than that. Ultimately it is about competition, the times will come. Think back to elementary school, everyone knew the fastest kid in the school or in the summer when you were at the pool you raced to see who was fastest. Time was not a consideration. At junior high school play days you raced to see who was the best, oh by the way they ran a faster time than the other kids did, but that was not the focus. They achieved a pinnacle of success at their level, John Q. Public and the kids have no idea what times mean. I heard two guys in the barbershop talking about Bolt, they were talking about how much distance there was between him and the field. They did not know if it was a world record, 9.5 or 10.5, they were impressed he beat the best in the world by so much distance. I think coaches have a responsibility to stop chasing records and stress competition. That is I why I liked John Carlos, he would line up and race in the street if someone challenged him. If our best athletes in track and field would be willing to race and compete head to head and worry less about fast times, maybe the sport would not be in the crisis it is in now.
Discuss entry