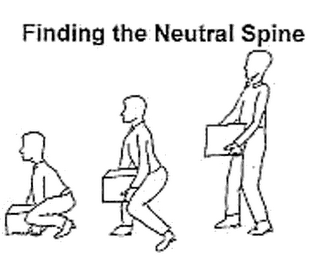 I have been following the comments on my post on the neutral spine. The comments have been interesting to follow. The post was prompted by a question at my seminar in Seattle. I was demonstrating a squat and at the break the question was: do you tell the person squatting to keep their spine neutral. As I am sure you would expect my answer was I tell them to squat. For some reason this question and several others made me think. I was concerned that my answer had sounded flippant, that was not the intention. It made me think of some other questions where people asked questions about movements that seemed to focus on small movements or extraneous motions that really did not impact the desired outcome. It dawned on me that someone somewhere was teaching people to be aware of all this stuff. 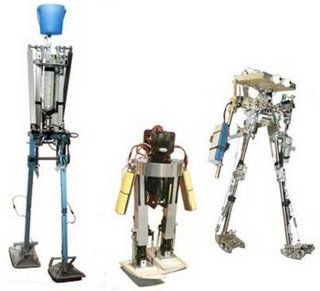 I know term stuff is not too scientific, but stuff does get in the way. Focusing on stuff that is extraneous is robotic. If we were building a robot and we had to program each action then it would be a whole different story. The body is not a robot; we do run motor programs, some a faulty and some are fine tuned. The body has to constantly solve movement problems presented to it by the environment, most of the time it finds successful solutions, sometimes it does not. In either case it moves on. Movement is flowing and natural, many of the problems we have today are due to lack of movement. It just seems that having to teach someone neutral spine by putting them in a supine position on the floor or plinth creates a fundamental disconnect. There is too much of a gap between the supine position and weight bearing on one leg – this is true for the athlete and the 82 year old lady next door. Unfamiliar and unnatural positions will not help the body to solve more complex movement problems. 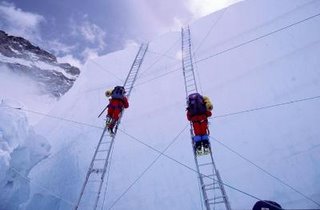 Gravity and ground treat everyone the same and gravity will always win! There is a simple solution to all this, get people moving by bending, reaching, pulling, extending, walking, stepping, in short natural movements that work through all three planes of motion. Good motion occurs through the center of the body; the center is a relay site that smoothes out movement and helps with efficiency. By thinking about the pieces and components the movement will be robotic, that is not what we want. I end with some pretty sage advice from my friend Steve Myrland who has a keen eye for movement: “Don’t try to pick the fly shit out of the pepper.” Step back look at the big picture.
Discuss entry