Wendy Plump of The Times wrote an interesting peice on genetic doping. Check it out: 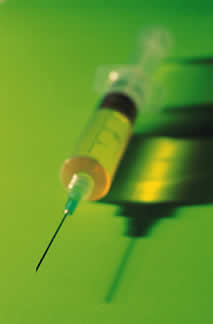 PRINCETON BOROUGH — The head of the World Anti-Doping Agency, which monitors the use of performance-enhancing drugs in sports contests worldwide, told a group at Princeton University last week that the greatest new threat to cheating in sports is genetic en hancement.

"Traditional doping was EPO (synthetic hormones) and steroids and blood transfusions," said agency head and co-founder Richard Pound at a Princeton athletic department-sponsored lecture. "But if you can tweak a muscle and increase its mass by 20 percent without doing any exercise at all, what kind of people are we going to have?"

Pound said that geneticists seeking cures for muscular diseases such as multiple sclerosis are regularly approached by athletes willing to serve as guinea pigs in exchange for an edge in their sports.

"These scientists say, 'But I'm working with rats in a laboratory,'" said Pound. "And the athletes tell them, 'it's OK. I'll try it anyway.' They're right down there on the edge of what makes us human."

Pound said that anti-doping concerns started to gain momen tumduring the 1960 Olympic games when a Danish cyclist died from theeffects of amphetamines and dehydration.

However, it was notuntil 1999 that a worldwide anti-doping group came into existence. Theagency's Anti-Doping Code has been adopted by every major sportsorganization — Olympic, international and professional — as well asby 80 governments that agree to uphold its strictures.

Theagency has the right to test athletes for a variety ofperformance-enhancing drugs at a mo ment's notice. It also has themuscle to evict offenders from their sports for up to two years.

Foremost among the strictures is a commitment by athletes and theorganizations that sponsor them to reject all use ofperformance-enhancing drugs, such as EPO, metabolic steroids andsynthetic testosterone, among many others.

Pound said dopingis widespread not only in cycling and track and field but in theOlympics and all the major professional sports, including football andbaseball.

One of the initial challenges for the agency was indeveloping test ing sophisticated enough to detect the constantlyevolving array of en hancement drugs on the market.

Now that those tests are in use, the agency must confront the market for them, which Pound says is huge.

"Interpol has told us that the market for doping drugs is far in excessof the market value of marijuana, cocaine and heroin combined," saidPound. "We're looking at individual athletes seek ing these drugs at$25,000 to $45,000 a year."

A chilling notion is the so-called customer for doping drugs is get ting younger, he said.

"Now we have high school girls basketball teams using steroids to toneup," said Pound. "The message out there is that we tolerate the use ofthese drugs and maybe even need them in order towin."
Discuss entry